Frank Lovingood, son of Dr. W.B. & Margaret Smith Lovingood and Martha Ijams, daughter of H. P. & Alice Yoe Ijams were married in 1943 on the grounds of the Ijams family home on Island Home Pike in Knoxville – now Ijams Nature Center. Soon Frank and Martha would travel to Philadelphia where Frank did his internship as a medical doctor at a Jefferson Medical Hospital.

Returning to Maryville in 1947 to set up his practice, Frank and Martha settled on a 400 acre farm originally purchased by father, W.B Lovingood in 1918. The family, which now included daughter Mary, moved into a log cabin that had been built while Tennessee was still part of the state of Franklin. The original deed was signed by the first governor of Tennessee, John Sevier. Down the hill from the cabin a spring gushes from the rocky hillside. Known as Lovingood Springs, everyday over one million gallons of water flows to the surface. It is arguably the largest producing spring in East Tennessee.

Over the years three more children came along – Kathy, Becky and Garrison. After the passing of both Frank and Martha, Garrison remains to run the farm. Hay, corn, cattle and horses have all been part of this working farm. Now you have an opportunity to be part of this historical family land. Bring your horse to live here and ride the trails. Bring your family to hike or camp. You will experience the land just as it was over 200 years ago. 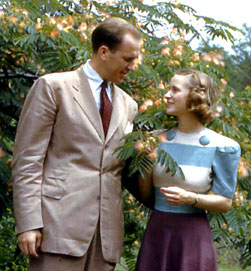 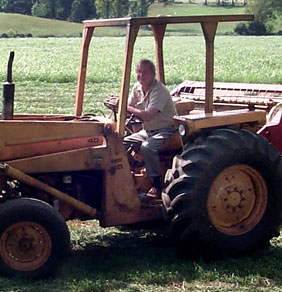